Recently, I’ve seen a surge of small business crafters both designing products with QR codes and including QR codes on their business cards. So today, I’m answering the question: Are QR codes dead?

What are QR Codes?

If you aren’t familiar with QR codes, they are small square codes that you can scan with your phone or tablet and they take you to a link. They debuted in 1994 in the automotive industry to track car parts during the manufacturing process. In 2010, the first smartphone app was released that could scan a QR code was released. QR codes can be put on anything you’d like – including products, business cards, advertising displays, and more. Here’s an example QR code (it’ll take you to the Cutting for Business Facebook page if you are interested): 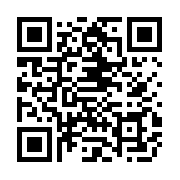 They were a great idea that never really took off. Now, onto the problems:

So, are QR codes dead? In my opinion, in the small business world – YES. Don’t believe me? Read on:

So, tell me in the comments: Do you think QR codes are dead? Why or why not? removed my QR code from my Care Labels on my mugs - 10% off discount code instead - that has worked much better :-)